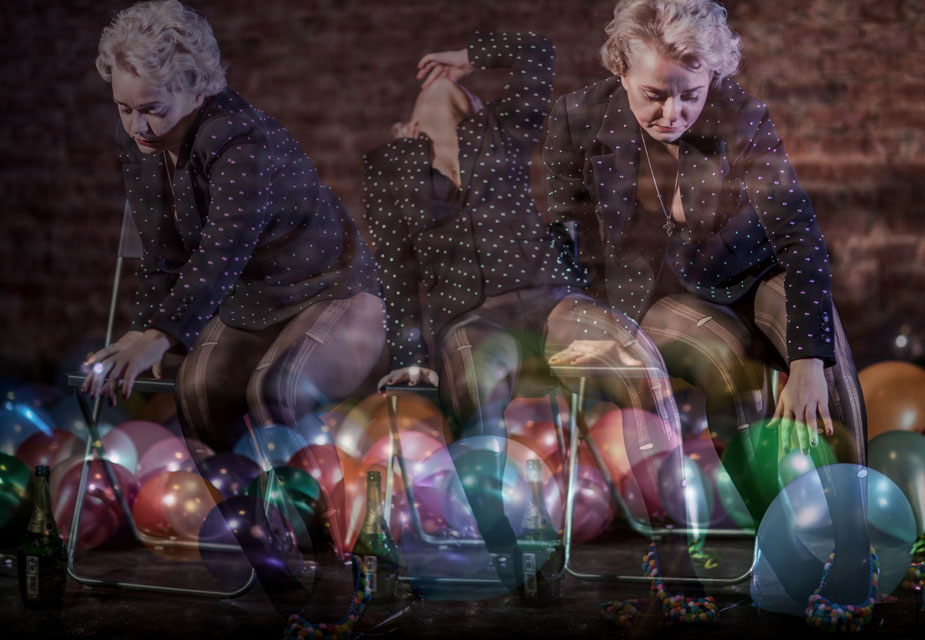 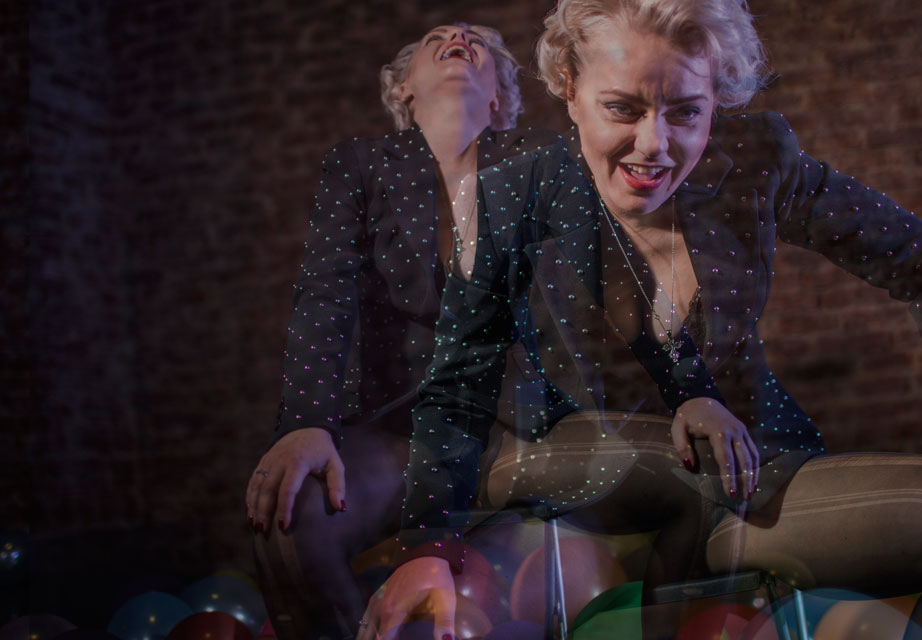 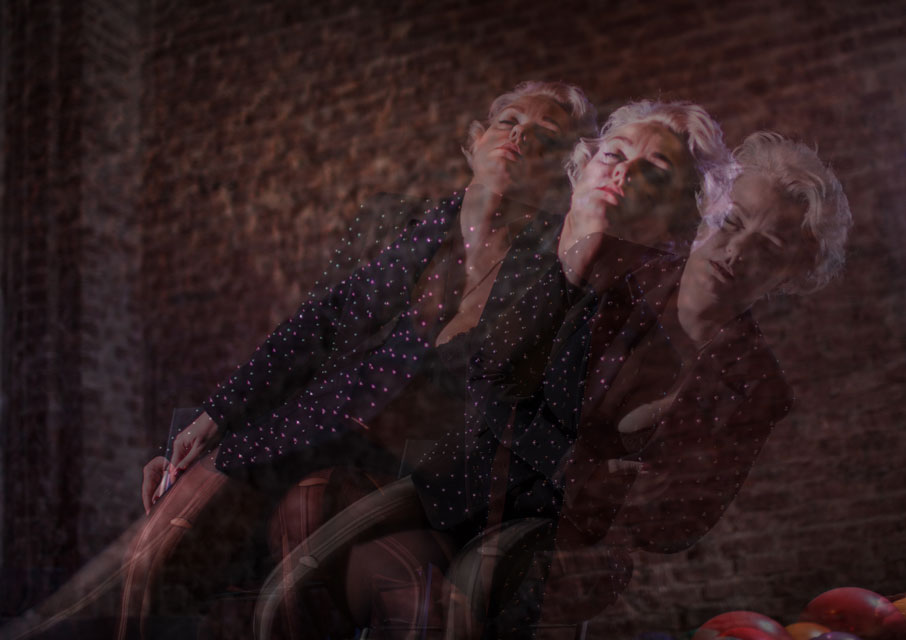 
The “Monroe Syndrome” video art was first shown on the big screen at the auditorium of the “Higher Courses of Screenwriters and Directors” in 2017. The explicit imagery, not hiding the female protagonist’s indecent state, and the neurotic creative photo- and video- image design provoked the public to an ambiguous reaction. Some were closing eyes, some sighing and breathing in heavily, someone was even cursing...

“Monroe Syndrome” is a paraphrase of a script to a full-length movie with the same name speaking of the modern women whose life is full of modern delights that the emancipation, the gender equality, high income, plastic surgery, healthy lifestyle, career opportunities and even reaching visible goals gives them, but as it turns out, all of that completely fails to give the strength, the opportunities or the rights to love their own self. The era of total loneliness and pain is continuing because continued, twisting in a spiral, is the era of the total lack of love of the woman to herself.

Video art is not supposed to elaborate on the natural history of that #nonlove's appearance (an imposed original sin, a physical weakness...), but rather, as all the works of the artist in that area, has the main object of attracting the audience's attention, with a strong energy-charged imagery and sound to make them feel a tenth of the emotions felt by a woman living in a total state of lack of love to herself.

As usual – strong original feelings without the editor’s cutting of the society-imposed stereotypes. The familiarity of feeling – the shortest way to mutual understanding, maybe even love.

The movie is made up of five parts – «The Fall» - the part of the finale that in the editing process became the exposition to the whole movie; «The Imaginary Feast”, “And The Time Still Forward”, “Wasted”, “Disappearance”.

Part One – «The Fall»- the viewer catches the female hero in the second before her fall. What is this? A sleeping woman or a still shot of a slight rocking on a chair? Is this a game or is this for real?

Part Two – «The Imaginary Feast»- the star of the party! But how long ago was that and is there a slightest chance, in the darkness of the drunken haze, to get back a mere half-hour of youth and happiness?

Part Three – «And The Time Still Forward» - no matter how you roll the film backwards, the time still goes forward. New photos – no matter how much you retouch them, they won't make the birth date in your passport smaller. Any pose of yours that used to excite the admirers so much now appears either funny or sad to the point of disgust.

Part Four- «Wasted» - what can be scarier than self-hatred? What can be more scarier than non-acceptance of reality? All of those are pointless attempts to bring back, recreate something that's long ceased to exist. The eternal struggle of man against time and death. You fall from exhaustion and that's the exact moment when the evil crowd appears, seeing, with its glares full of contempt, like paparazzi's camera flashes, you in the most indecent states and never reaching out a helping hand.

Part Five - «Disappearing» - knowing nothing about death, you would just want to sleep for a little bit. For that ephemeral dream you would cling as if for the only little thread that relieves you of the endless pain and indifference. Will you find the inner strength to wake up?