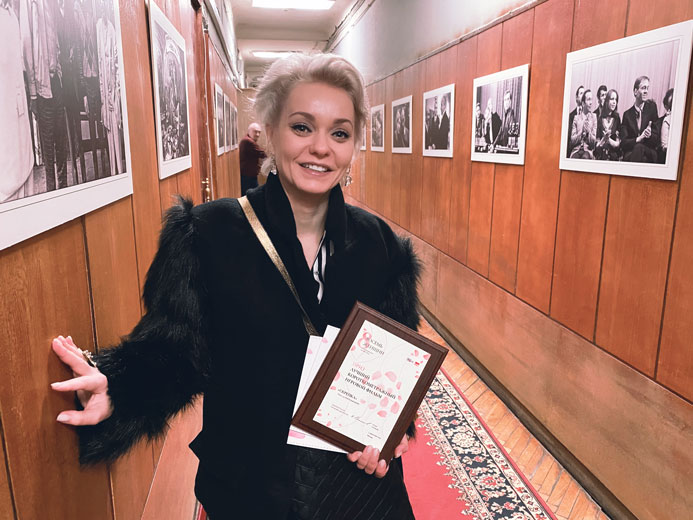 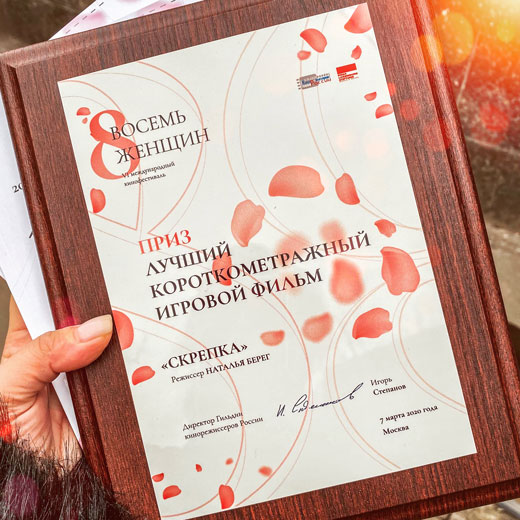 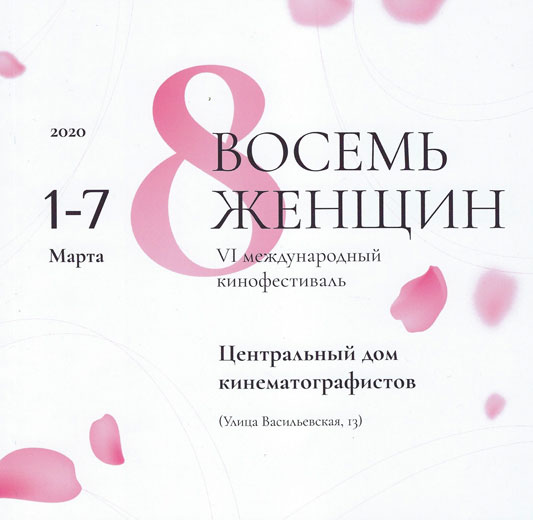 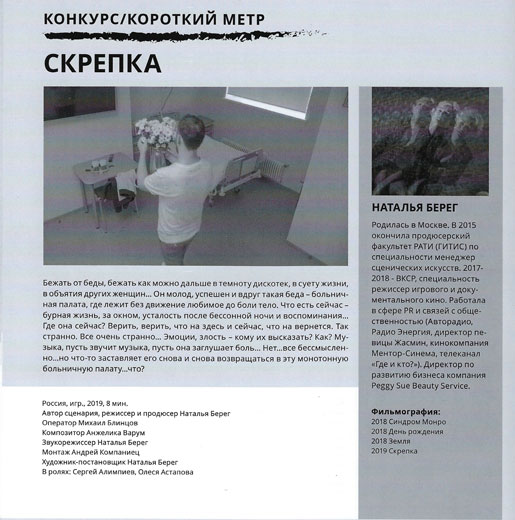 
«Genius is just a sound!
You create without a sound
And it is God’s apt outline -
The fluctuation of life, of a chamomile... Coma... Retreat...
A reflexive compression... A staple!»
Poetess Svetlana Zaitseva

Film «Skrepka» (Staple) has been named best feature short by the award committee of the VIth international film festival «Eight women». The festival has been created by the Directors’ Guild of Russia specifically for evaluation and propaganda of audio-visual art created by women directors due to the evident trend of increasing creative influence of the female in the industry.

«In spite of the scientific, medical approach, people in coma are not biomechanical entities, not just something vegetative, with a wounded brain connected to a respirator, not machines with a central nervous system breeding meaningless hallucinations. Quite the contrary - they are awake human beings going through a very important stage of spiritual and psychological development. They are busy searching for answers to the most important life’s questions, searching for meaning and searching for themselves. Coma is not unlike a very deep dream where the human is swimming through the ocean of their unconscious. Many people, having woken up from one, told stories of intense experiences. Some realised they weren’t in the right field of work and changed their lives entirely, some grasped the mysteries of being, its harmony and love, similar to what can happen after a clinical death. Of course, many have passed away, but most of those who returned did so with an entirely changed perception of life and death. A man can remain in deep coma for years and often the only connection to the material world to him, the only «staple» are the people who matter to him the most, those who can help find the answers sooner and find reasons to come back. This is very well described in processual psychotherapy. The essence is to immerse oneself in a most similar changed state of consciousness, breath in the same rhythm, perceive time in the same manner and speak and move in the same manner. There is a very big chance you will be heard and responded to.»